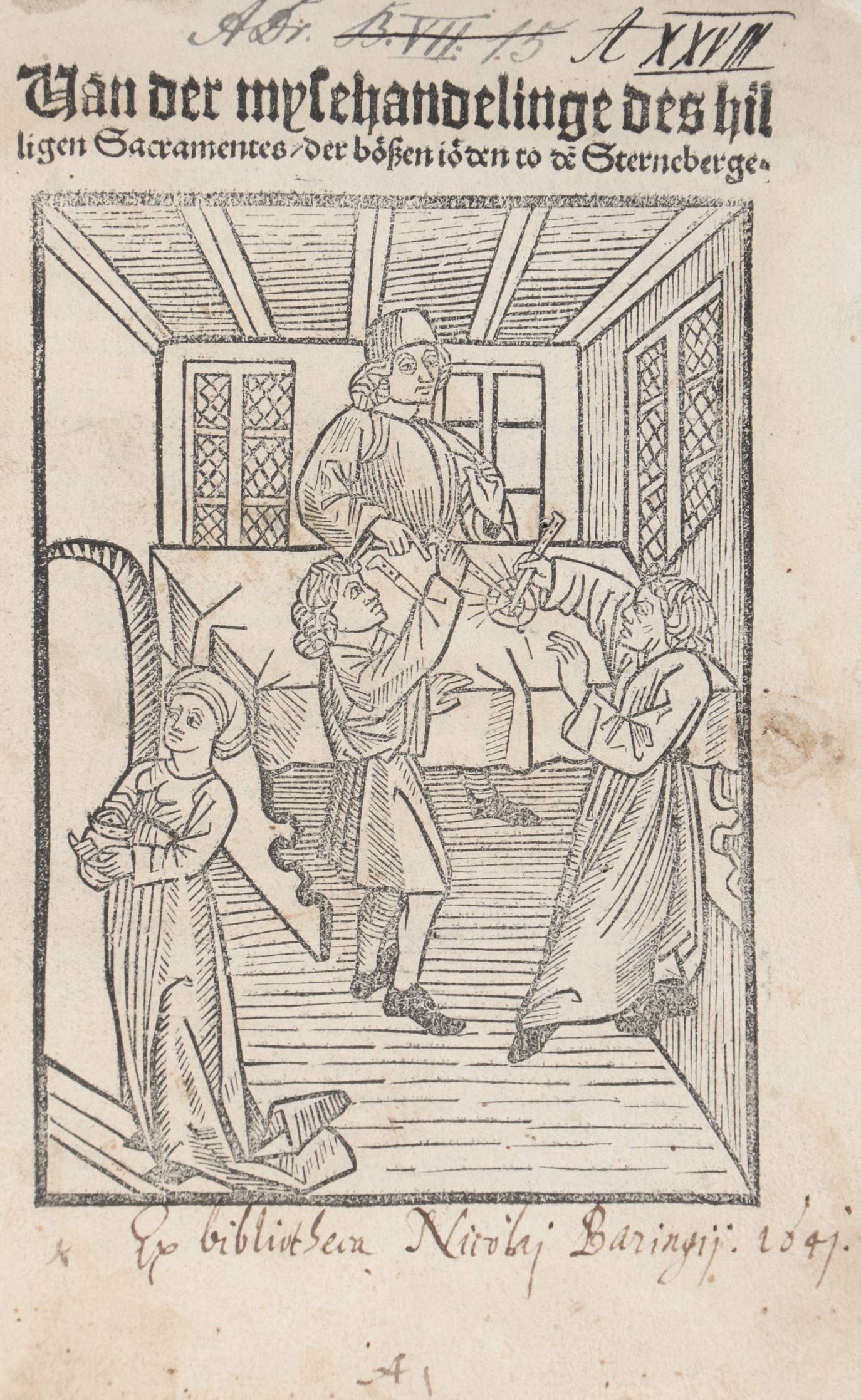 = An illustrated anti-semitic incunable in Low German, of great rarity. The desecration of the Host by the Jews of Sternberg appears in print in three editions assigned to the year 1492. One of these three was printed at Lübeck by M. Brandis who also printed in Magdeburg; a number of imprints are associated with both Koch and Brandis, and they shared woodcuts and even type. Koch's production, however, was almost always in Low German and he stands as a printer who specialized in "niederdeutsch". This Low German text does not seem to have been printed after the fifteenth century. It remains a little-known text because all of these few editions are extremely rare and indeed is so rare that it is not discussed by Cordes and Möhn in their exhaustive Handbuch zur niederdeutschen Sprach und Literatur Wissenschaft. The idea of the desecration of the Host by Jews encompasses a cycle of legends from the Middle Ages. The events of 1492 in Sternberg, near Mecklenberg, are recounted in this tract: a priest, Pieter Dehn, sold two hosts to the two jews. After they acted upon their "unchristian anger" towards the hosts, the wife of one of the gentlemen returned the hosts to the priest who buried them in his garden. He told a colleague that an angel appeared who ordered him to exume the hosts. This story was mentioned to the local bishop and the story took flight. All people involved in the act were burned at the stakes. The tract ends with the appraisal of monarchs who expel jews from their lands. Not in Goff, Hain or BMC. Borchling/ Claussen 210; Schreiber, Manual V, 5320. SEE ILLUSTRATION PLATE CXI.