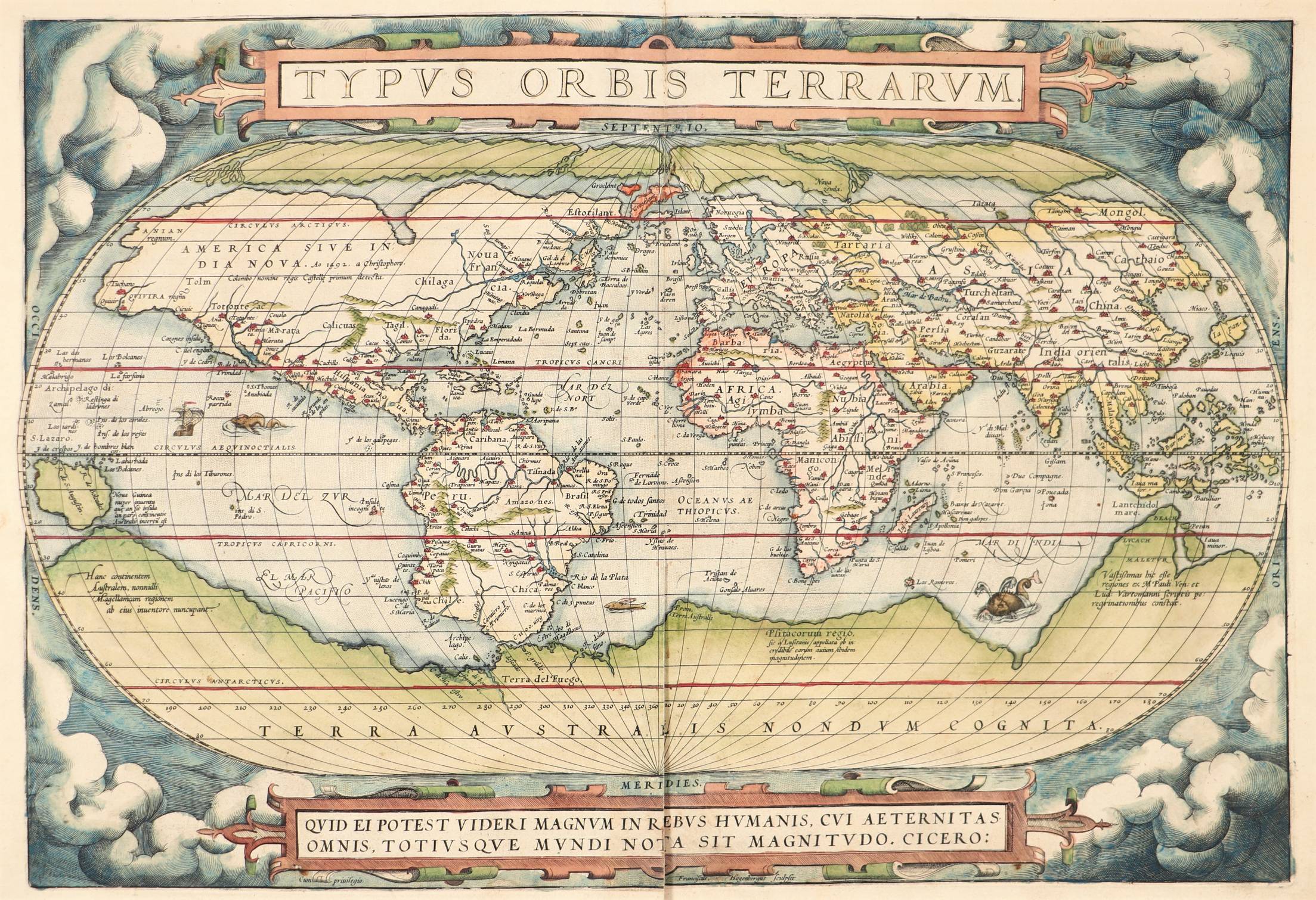 = Van de Krogt/ Koeman IIIA, 31:002. Very rare early edition of Ortelius' revolutionary atlas, first publ. in Antwerp in 1570 (also a Latin edition). Ortelius' atlas was revolutionary because it was the first attempt to present the geography of the world in a uniformly produced collection of maps of all known parts of the world. Ortelius designed the maps himself, basing his designs on the cartographic sources that he had at hand (and, equally revolutionary, also mentioning his sources on the maps), and once finished had them engraved by Frans Hogenberg and Ambrosius and Ferdinand Aertsen. Finally Gielis Coppens van Diest printed the maps, after which they could be coloured (also in a uniform style) and bound in a logical order in one volume. These atlases were a new phenomenon and proved to be very popular in Europe. Soon editions were published in various languages of Europe (eventually in 7 languages) in print runs of a few hundred copies each. Van den Broecke estimates that of this 2nd Latin edition approx. 275 copies were printed. Illustrations of all maps of our copy are available on request. SEE ILLUSTRATIONS PLATE LXXXIV.