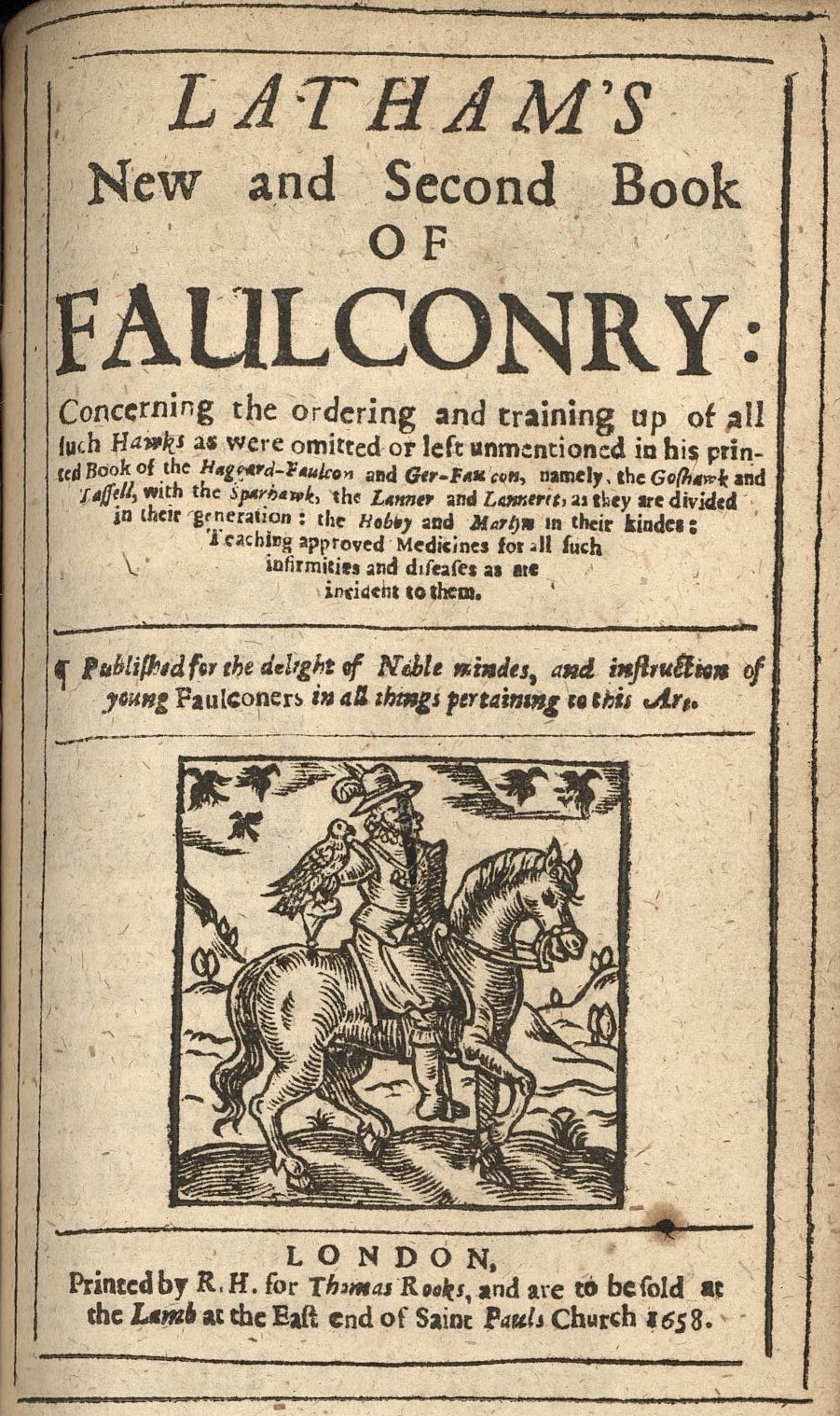 = The second part is titled: Latham's New and Second Book of Faulconry. The two works were first published separately in 1614 and 1618. The frontisp. to the first part shows the Haggard falcon surrounded by various falconer's tools; the woodcut vignette on the title-p. of the second work shows a falconer on horseback carrying his falcon on his arm. Harting 20 (note); Souhart p.285 (note) and cf. Schwerdt I, p.302. Very rare. SEE ILLUSTRATION PLATE XLIX.