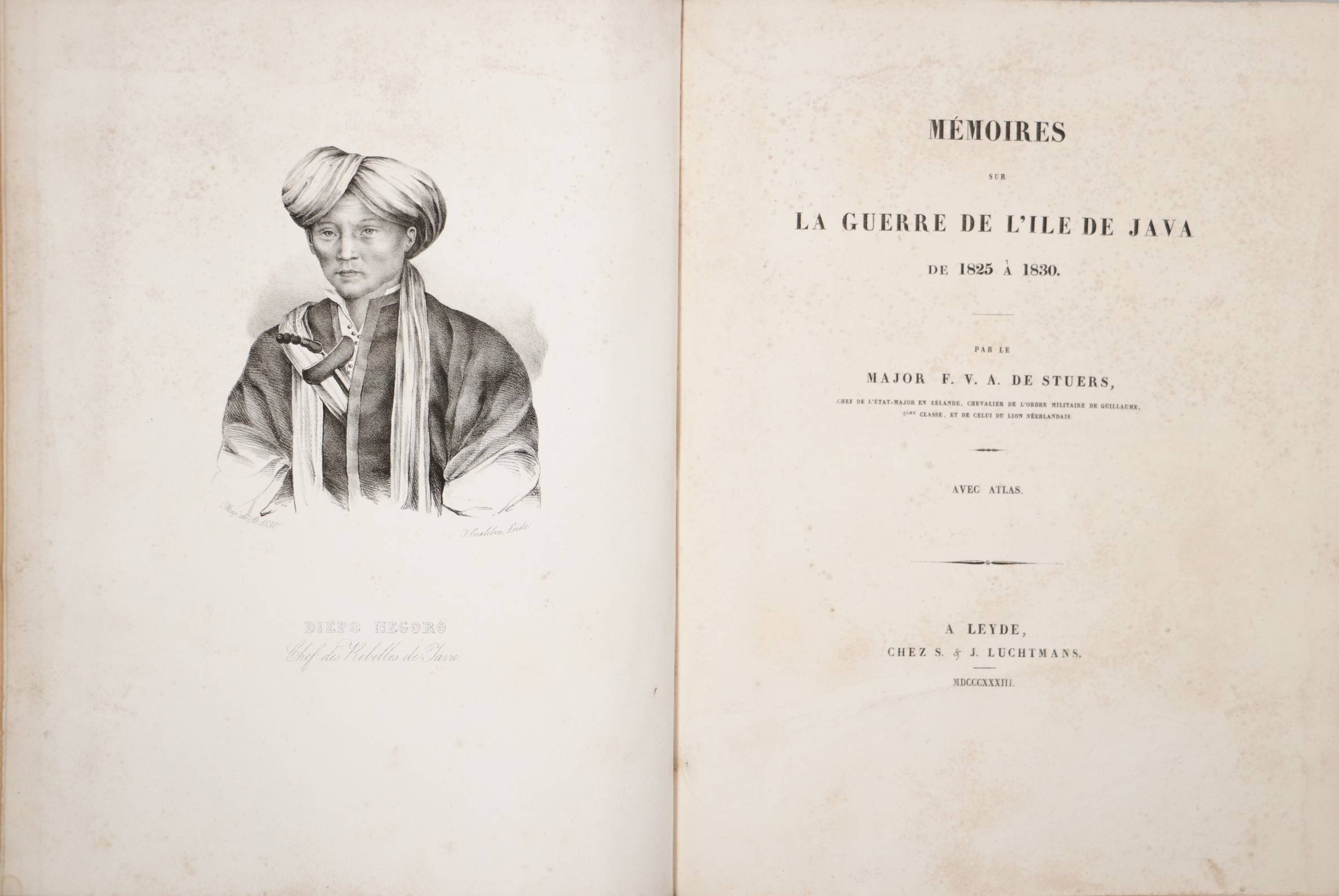 - Most fold. plates/ maps w. (closed) tears on folds; the large fold. map of Java w. a few closed tears (not on folds) and doubled; upper blank margin sl. dampstained and foxed almost throughout (decreasing at the beginning and increasing towards the end); the title-p. to the atlas not present. Binding sl. rubbed along extremities.

= The text vol. and atlas bound in one volume. Bastin/ Brommer n.226-228: "(...) Judging by the rarity of the Atlas of plates it is possible that fewer copies of this were published than of the text." Bastin/ Brommer appear to call for a total of 16 plates but our copy has 17 plates. Very rare complete copy (the last complete copy to come up for auction was sold in 1993). SEE ILLUSTRATION PLATE XXV.