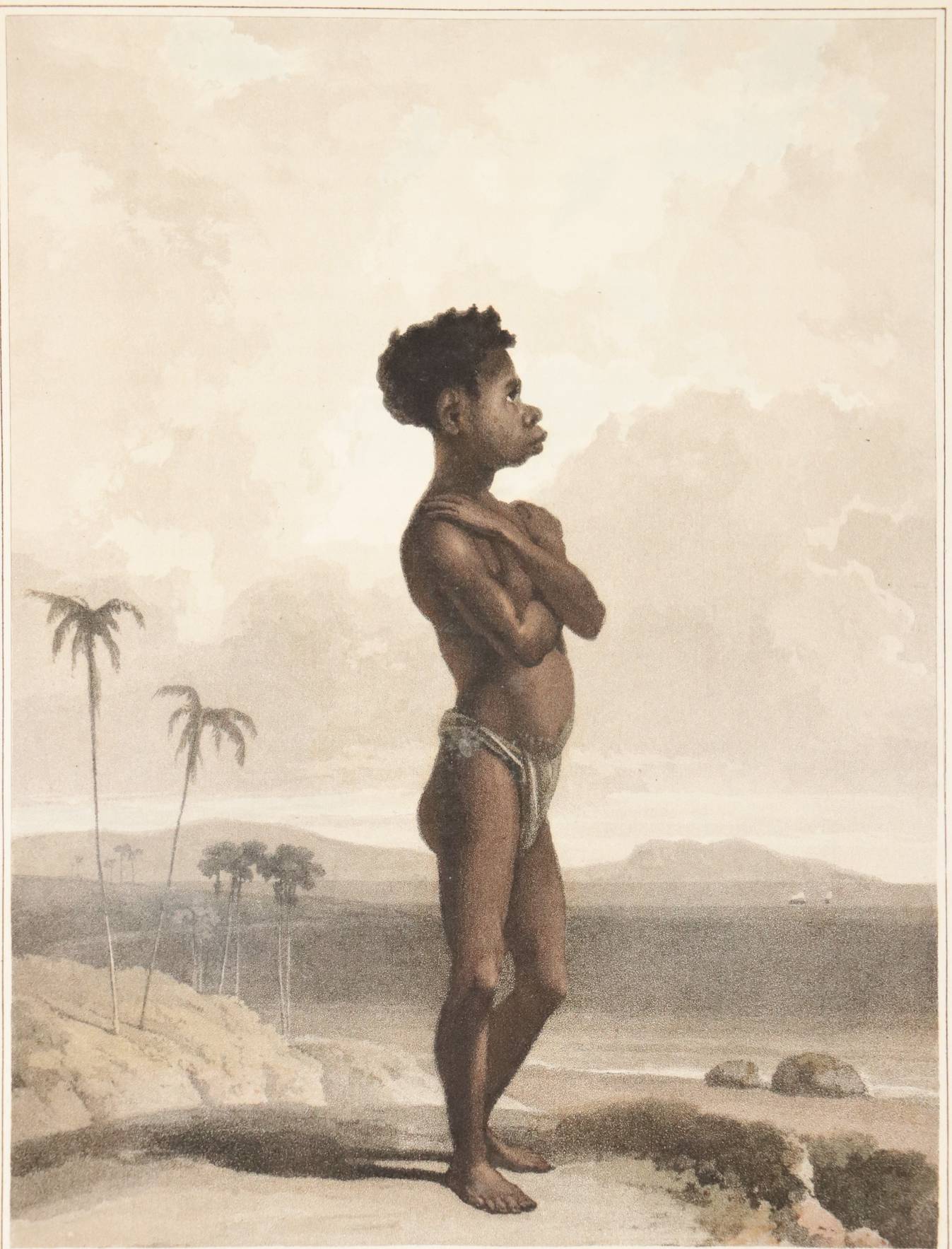 = With the often lacking htitles (monogrammed in pen and ink by the "Auditor"). Abbey Travel 554; Tooley 391; Rouffaer/ Muller p.9; Bastin/ Brommer n 80 and 81; cat. NHSM, p.244 (ed. 1830); Tiele 896 (abridged Dutch ed., 1836); Von Hünersdorff/ Hasenkamp II, p.1213-1214; Wellcome IV, p.464. "In 1817 appeared the monumental work of Sir Thomas Raffles, which in spite of certain inaccuracies is still a standard book (...) begun in October 1816 and published in the following May. He was interested in every aspect of his subject, and devotes whole sections to Javan ethics, literature, poetry, music and musical instruments, drama, games of skill and methods of hunting, besides the more ordinary matters of interest, population, natural history, religion, antiquities and the military system. At the end of the second volume a hundred and fifty pages are given up to the comparitive vocabularies of Java and the neighbouring islands, and the whole is a unique monument erected by a great ruler to those over whom he rules, and incidentally, to his own honour (...) stands very high in its own class and the aquatint plates are full of interest" (Prideaux p.152)." An influential work valued for the author's firsthand observations on the customs and condition of the Javanese under his administration as Governor-General during the British occupation of the Dutch East Indies (1811-1815)." (Von Hünersdorff/ Hasenkamp). SEE ILLUSTRATION PLATE CIX.