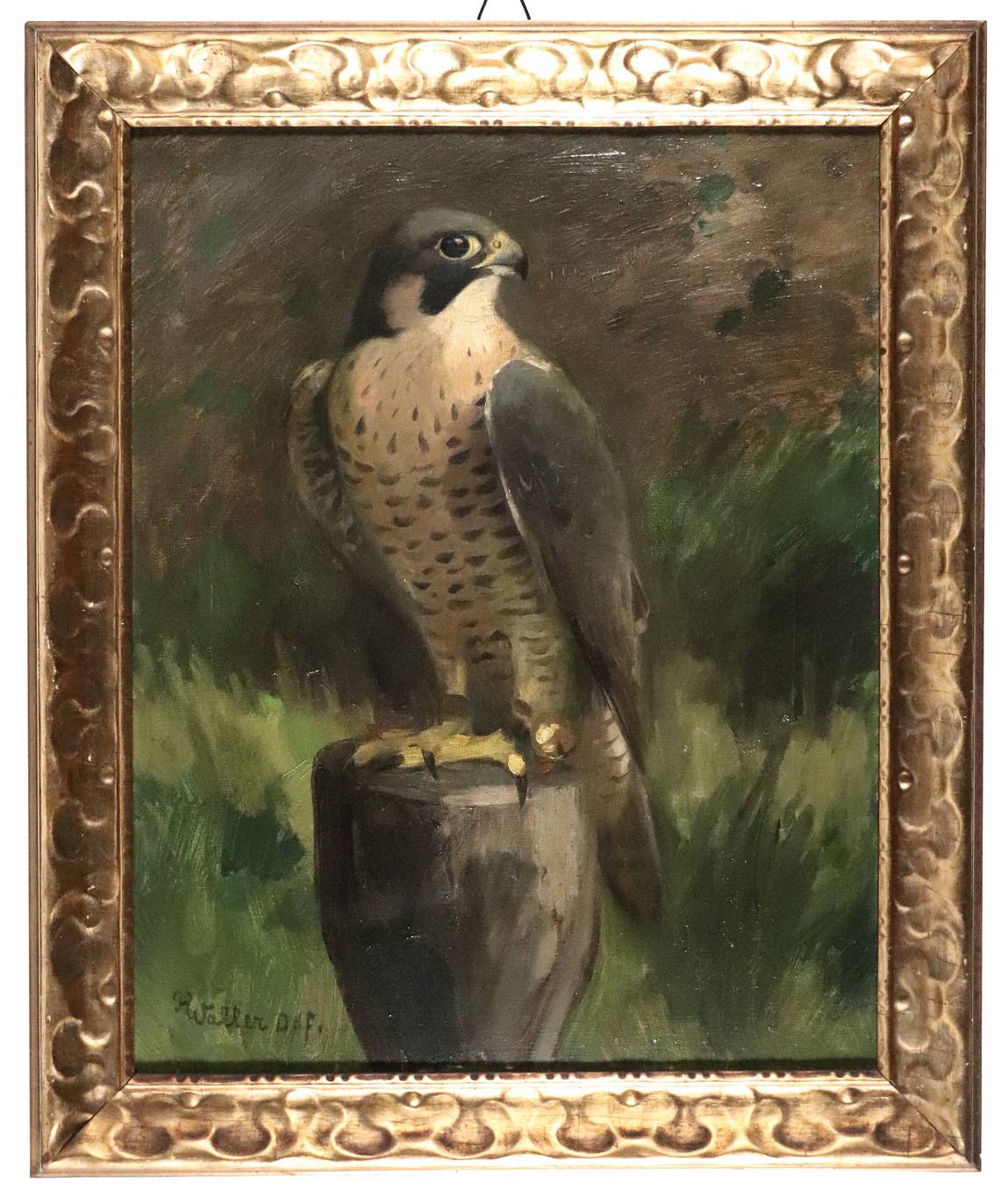 = The artist was one of the most profound falconers of the 20th century in Europe. He reïntroduced falconry in Germany (and Europe) from 1920 onwards and was responsible in 1923 for the foundation of the Deutschen Falkenordens (DFO. Order of the German Falcons), of which he was chairman from 1932 till 1957. His book "Der wilde Falk ist mein Gesell", first published in 1937, is still regarded as one of the most important standard works in modern falconry (5th edition in 2010). This lot is subject to 4% resale royalties ('droit de suite') over the total amount of hammerprice and buyer's premium. SEE ILLUSTRATION PLATE LII.