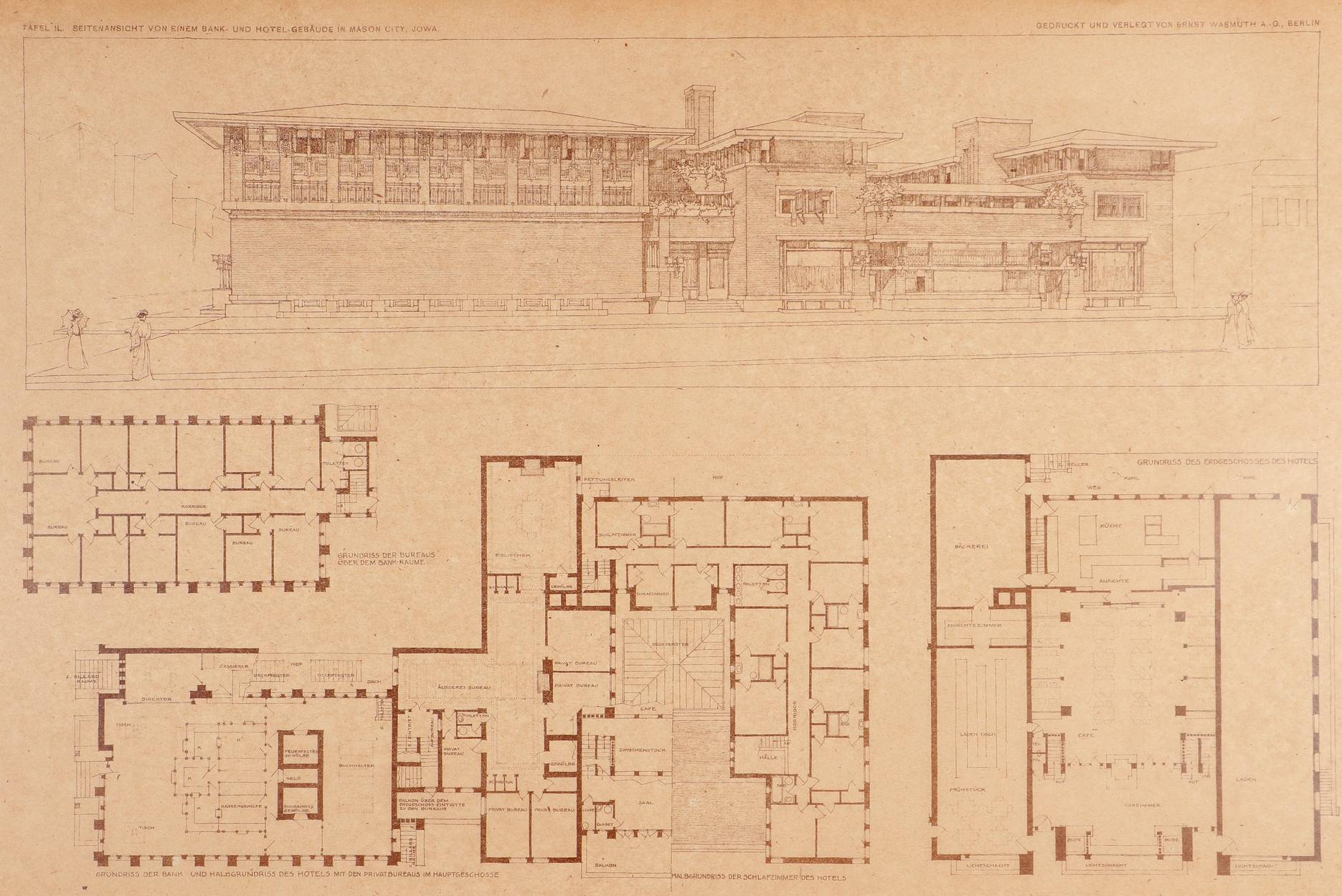 = A rare complete copy of this important work on and by America's most famous architect. The American edition of 500 copies, was, apart from a very few copies, entirely lost in a fire, making the German edition even rarer and more sought after. This publication introduced Wright's work to a larger audience in the U.S. and Europe. Provenance: library of the architect Constant Emil Alexander or his father sculptor August Alexander. SEE ILLUSTRATION PLATE III.